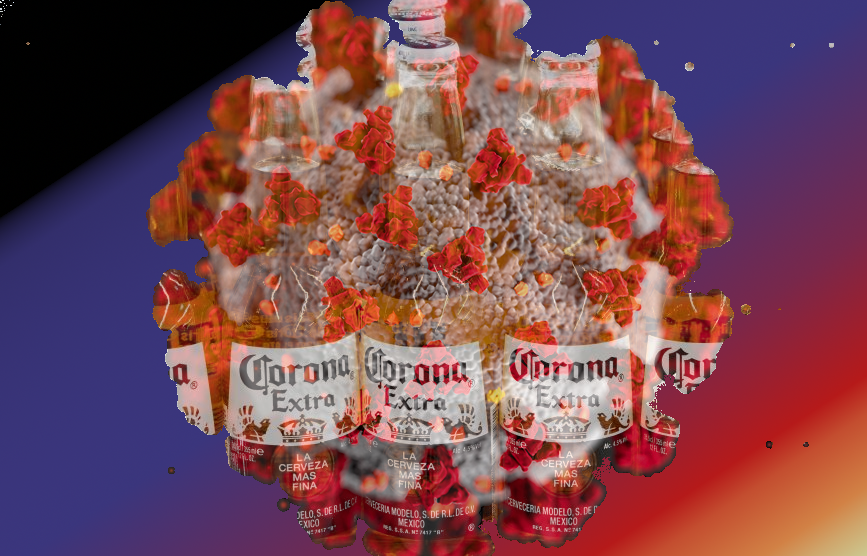 As the end of April 2020 approaches, there seems to be a growing belief that COVID-19 is "over" and that we should begin to resume life as usual. The White House's call for "Opening Up America Again" implies that life returning to normal is within reach, if we follow the core guidelines. As much as people want to start to look back on COVID-19 as either a crisis that could have gone a lot worse/better or an overblown overreaction, it is likely that we are more months away from resuming normalcy than anyone is willing to admit.

This isn't to say that governments around the world will not irresponsibly attempt to ease lockdown initiatives because people are bored. Weak leadership will always eschew science to follow the whims of the people.

The Institute for Health Metrics and Evaluation (IHME) keeps a report on infection, death, and resource projections related to COVID-19. It has been quite accurate, especially in the aggregate metrics.

It is easy to look at this chart and see that the deaths are predicted to go on a downwards trend. The model makes a critical assumption:

What we do not want to have happen is we almost solve the problem only to have a second boom in infections when the mitigation strategy ends too soon. The key transition point is when we reach "containment," which is:

The beginning of this timeframe is determined by our estimate of when COVID-19 infections drop below 1 per 1 million people in a given location, and is also influenced by each location's available public health funding to implement new containment strategies.

The cessation of social distancing invalidates the IHME model.  There is currently no prediction on what the infection curve would look like if life returned to normal tomorrow, but it is safe to assume infection rates would increase again, just as they did in Denver with the 1918 H1N1 flu pandemic.

No Vaccine and No Treatment

Coronaviruses are a relatively uncommon type of single-strand RNA virus. They are named for the viral spike peplomers surrounding them.

There are only seven known types of coronavirus which infect humans.

1. A MERS-CoV vaccine called GLS-5300 is in phase 1 trials, which is promising, but far from FDA approval.

The pattern here is clear: There no FDA-approved cure, nor is there a vaccine for any coronavirus. Put differently by the Johns Hopkins ABX Guide for COVID-19: No proven efficacy of any drug for humans as of April 8, 2020. Researchers are working hard to develop a therapy for COVID-19, but there is not one currently. The timetable for vaccine development the Federal Government seems to rally around is 12 to 18 months, but experts are skeptical.

Manufacturing and Distribution of Pharmaceuticals

President Donald Trump once touted the anti-malaria drug hydroxychloroquine, saying "there are some very strong, powerful signs" of its potential. He eloquently added "It's a very strong, powerful medicine, but it doesn't kill people. We have some very good results and some very good tests. You've seen the same test that I have. In France, they had a very good test. But we don't have time to go and say, gee, let's take a couple of years and test it out. And let's go and test with the test tubes and the laboratories. We don't have time. I'd love to do that." The United States Federal Government purchased 29 million doses of the drug.

The drug hydroxychloroquine has been in production since 1955 and is used in the treatment of malaria, rheumatoid arthritis, juvenile idiopathic arthritis, and systemic lupus erythematosus. Due to the actions of the President and the CDC, the rush to use this unproven drug caused shortages for people who needed it. While drug manufacturers increased production, state boards of pharmacy established measures to maintain an adequate supply for those who need the drug for its proven usages.

The highest-quality study of 30 patients did not show a demonstrable effect of treatment of COVID-19 with hydroxychloroquine. Johns Hopkins does not fully dismiss the potential efficacy outright, they state "if HCQ has an effect it is likely small, so a much larger study would be needed to show effect." Due to the many side effects, medical consensus is against using hydroxychloroquine for treatment. It might be good to take for prophylaxis, but we do not know yet.

The point here is the manufacturing and distribution of pharmacudicals does not happen immediately. As an optimistic outlook, let's use the timeline for the 2009 H1N1 pandemic as a guide.

The time from beginning work on a vaccine to approving one was about 5 months, then 3 weeks to distribute and administer the vaccine. Even with that, there was a second wave of outbreaks later in the month. Keep in mind that medical researchers have decades of experience developing vaccines for Influenza A virus subtypes. At the risk of being redundant: There is not yet a vaccine for any human coronavirus.

An important concept in the study of infectious disease is herd immunity. This occurs when enough of the population is immune to a disease, so even those who are not immune are still protected from potential spread.

What percentage of people need to be immune to SARS-CoV-2 for COVID-19 to cease to be a pandemic? The percentage of the herd (people) who need to be immune depends on the infectiousness of the disease. The basic reproduction number is a value commonly used in epidemiology to describe how infectious a disease is. Denoted as R0, it describes the number of cases directly generated by a single case where all individuals are susceptible to infection. In other words: How many people does one person with the disease infect?

There are two mechanisms for immunity. The first is a vaccine which, as discussed earlier, is unlikely to happen for a while. In lieu of a pharmaceutical-developed vaccine, it is possible that those who have had the disease and recovered from it are immune to the disease in the future (this might not be the case). So far, there have been approximately 2.46 million cases of COVID-19 in the world. This is about 0.07% of the world's population. In order to achieve herd immunity without a vaccine, about 3.5 billion more people will need to get COVID-19. This is probably not a good solution.

Now, the virus that we’re talking about having to do — you know, a lot of people think that goes away in April with the heat — as the heat comes in. Typically, that will go away in April. We’re in great shape though. We have 12 cases — 11 cases, and many of them are in good shape now.
– President Donald Trump on 2020 February 10

There is a hope that SARS-CoV-2 is as seasonal as the regular flu, but this has yet to be proven. Since SARS-CoV-2 is so new, we do not have enough data to say if it will go away when the temperatures rise. A study of the 4 common human coronaviruses concluded that "coronaviruses are sharply seasonal." However, a study of MERS-CoV "showed no definite seasonal variation of primary MERS-CoV."

The SARS-CoV virus is genetically similar to SARS-CoV-2, but it did not last long enough for us to know if there is seasonal variation. While the 2003 SARS outbreak was controlled by mid-April, this could have been a result of containment efforts, not weather.

The conclusion? SARS-CoV-2 might be a seasonal virus. It also might not be. We just don't know yet.

We have had a number of "end of COVID-19" or "resume normal life" predictions. So far, not a single one has been accurate.

Will the timeline be moved again before 2020 May 1? Given that:

Apparently there are no posts at the moment, check again later.